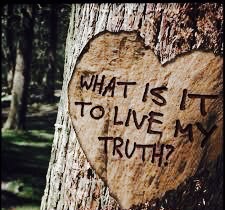 Hello dear reader, is your summer off to a weird, hustle-minded, warm summery start? Well, mine is.

Weird because I don’t any concrete vacation plans.

Hustle-minded because for the first time I have 2 jobs, a 3rd one I’ll start next week. Two of the jobs are temporary summer grunt jobs but I need money, it’s imperative I collect as many checks that I can.

Summery because the temperatures are warming up, some days are cooler but my car Cherry reminds me of the steamy days as her small size holds in heat!

Anyways, every day is a day and by the next week most of what happened is a blur. With summer around I definitely don’t want it to pass me by without at least succeeding in some harmless fun. Routine can become boring and I am lately, easily bored. Usually around this time of year I visualize after summer and how I want my life to be, but this year I visualize each day as a potential breakthrough for something new and beneficial.

Eh, I am pretty much over that same mantra to be truthful. Mostly since the dreaded layoff 3 years ago on June 12th I have worked hard to get to that “something new” and it’s come in strange ways. Whether it was the something new of a job at the museum I didn’t want, the means to get through paying a car loan, a bearable new relationship with some family members, to meet someone I connected with.

These are things I prayed for but when it began to happen or came to be partially I still didn’t want it, I thought I deserved more. I dared myself to be ok with the changes and in some cases not what I expected. Yeah I was able to pay for some bills, but just barely. Yeah I started to experience a connection with an old friend but it turned out to be just that. I am not by any means questioning what God decided to bestow upon me, though I was quite self-conscious that things still weren’t “right.”
I want to feel alright about my current “situation” but the emotions aren’t budging. Some days I feel confident and others counterproductive. There was something rap star Nicki Minaj (yeah I know) said the other night on The BET Awards after she won an award. Now let me preface this and say I did not watch the show at all, I only saw news highlights. She also sounded a bit “under the influence” and she at one point had forgotten what award she won, but there was something that caught my attention.

When she said something about dreams and essentially if they don’t come true or you don’t do anything to possibly bring them to fruition, you have no one to blame but yourself. Upon first hearing her words I thought, “Ouch.” But when a second media outlet played the same awards clip of Nicki I thought on her words again thinking, “Maybe she’s right.” I mean would any of her dreams of being a rap star happen if she didn’t hustle doing mixtapes or her keeping a close eye on her then MySpace page to ensure she was getting attention? I’d say maybe not, and truth I don’t know her full story of her “come up” but I’m only commenting on the fact of action speaking louder than our words.

Hell, I talk a lot and mostly inwardly about my “dreams” and somewhat I have taken steps to make them real but not nearly what I could be doing. I just feel drained sometimes, like society or the media makes it hard for anyone who isn’t famous or remotely well known –  to make it, be discovered. With social media nowadays there are so many people Youtubing, snapchatting, selling hair extensions, dubbing themselves entrepreneurs off of seemingly minute ideas. Where do I fit in?

Truth, I am rarely the person that wants to fit in but I dare to be a person who is noticed behind 12 likes on a poem I wrote or a good job tap after I perform at an open mic.

I know I have a purpose and my gift as a creator in many forms cannot be taken from me, it is unique. But it’s tough to captilize on it the way I want it to quickly. It’s not just a dream thing it is a dinero thing. Money isn’t everything in regards to my success but I can’t lie, today it is important to me.

This post I first started out as a DIY blog post (which I’ll still do) but gradually as I began the draft it turned into this. It’s my truth.

From my heart to yours,

This site uses Akismet to reduce spam. Learn how your comment data is processed.